Reaching the Lost: A Congregational Conversion 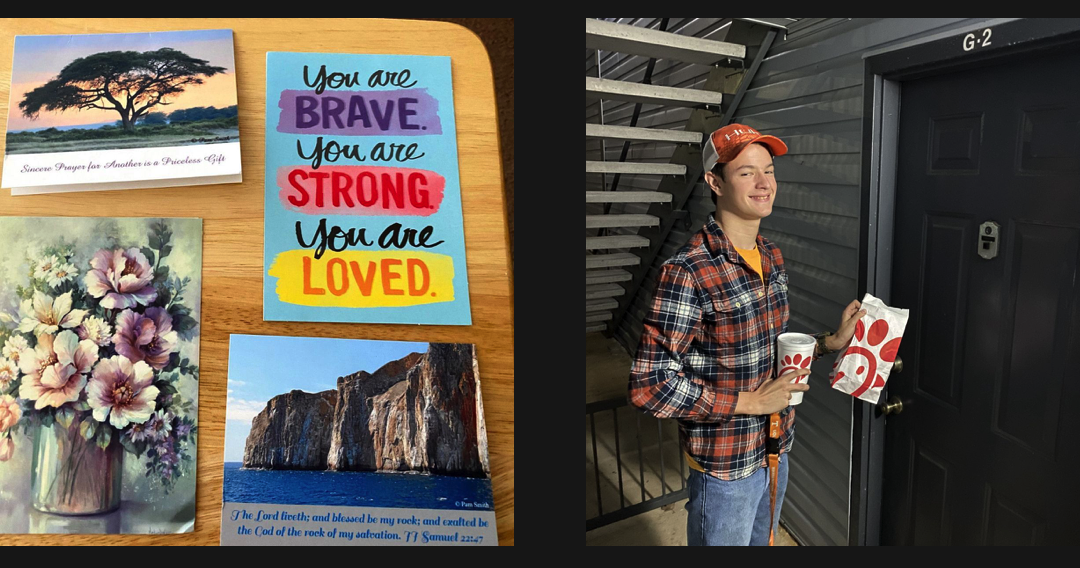 “Now hath God set the members every one of them in the body, as it hath pleased Him” (1 Corinthians 12:18). The church has everything she needs to carry out the mission of Christ. When we all work together, Satan cannot win.

There is no event in life that moves the heart and soul more than the conversion of a soul. During the past couple months, we have learned a lot from our new sister, Toni Adams. I pray the following story will encourage you.

Late last year, we were contacted by Toni after she had received House to House/Heart to Heart by mail. She lives in an apartment in Anniston, Alabama, and had grown depressed and lonely due to the COVID restrictions. She just wanted to find a church that was open so she could be around people. She called and asked if we could provide her a ride, and we gladly answered.

After her first visit, I contacted one of our new converts, Kim Bullock, and asked her to befriend Toni by calling her to make her feel welcome. We engaged the entire congregation by asking them to send compassion cards. After her next visit, we asked Toni if we could take her out to lunch so we could get to know her. Cracker Barrell hit the spot. During this visit we learned about her family and her understanding of God. We listened and said little so as not to chase any rabbits and take us away from the goal of a Bible study.

The following week was her birthday. We took her and Kim out to Red Lobster. She loved it. She said that she felt more love by the church than from her entire family. The next step was easy. “Toni, would you like to know more about the Jacksonville church of Christ?” Shortly thereafter we began Back to the BibleBook 1. She loved it and learned a lot about the difference between the Old and New Testament. During the next few weeks, Toni was sick. The church responded by bringing her meals, sending more cards, and calling on her to ensure she was okay.

When Toni recovered, Jacksonville church members Mallory Turner, Nicole Whitacre, and the Cade Somers family took turns picking her up for Bible study and worship. At times, they would take her out to eat, or help her pick up needed items. After one ride, Cade called and said, “Rob, she is asking about the Lord’s Supper and instrumental music. I tried not to answer as I know we are not supposed to chase rabbits, but I think she is ready.”

When we arrived at her apartment for the second study, we noticed all the cards Jacksonville had sent. She smiled and said, “You are welcome to read them.” The words from the members were comforting and so kind. Our second study answered many of her questions. She accepted the weekly observance of the Lord’s Supper and after reading what the Bible said about music, she replied, “Rob, I still like music, but I understand why you don’t use them during worship.” We know that truth takes time to fully understand, so an answer like this are perfectly acceptable.

The last study was going to be difficult. At age 80, she had a lifetime of experiences, relationships, and religious beliefs that affected the study. We knew she was lost as she told us during the Back to the Bible survey that she was saved in the Salvation Army church at age 14 and later sprinkled. When Toni read Mark 16:16 and saw where one is saved after baptism, it caught her attention. Next, we read Acts 8:35-39 and Romans 6:3-4. Her eyes filled with tears when she realized she had never been baptized and saved. We immediately took her to the building where she confessed the name of Christ and was immersed for the remission of her sins. Twenty-four hours later, she attended the Oxford church of Christ with us to attend a Personal Evangelism Seminar. She said, “Rob, I think I am going to use those booklets to teach my little brother!”

God is so good and patient. Just before Satan could declare victory, Jesus took Toni into His body. Praise God! The church of Christ is powerful when she is open and working. I hope this story will help you see the potential you have to be a soul winner.